Sixteen of us headed to Cass despite the Red Weather warning and torrential rain. Most of us got up to Cass Research Centre in daylight, however Rod left after work and encountered a newly formed river and scree slide over the state highway, but somehow stayed on the road.

Saturday started with checking out a flooded Lake Pearson before heading to Arthur’s Pass for coffee, while hoping for a break in the weather.  I decided it was a day of cell phone photos as my phone is more waterproof than my camera. The Devil’s Punchbowl Falls, Bealey Chasm and Waimakariri River were all impressive with massive volumes of water.  Peter and I thought it might be drier ending east, so we tried Castle Hill for some moody photos with limited success.

A great range of food catered for all tastes was produced for the four-course midwinter potluck dinner including soup, venison, vegetarian dishes and lots of dessert. This was followed by lots of stealing of secret Santa gifts. Thank you to everyone who put in a lot of effort to producing the great meal and a fun evening.

Sunday produced a few patches of blue sky and easier conditions for photographs.

I thought it would be too cold for fungi, but Jane found a great track with lovely range of fungi. While I was on the ground with fungi, Peter was making use of his long gumboots while looking for good stream shots. 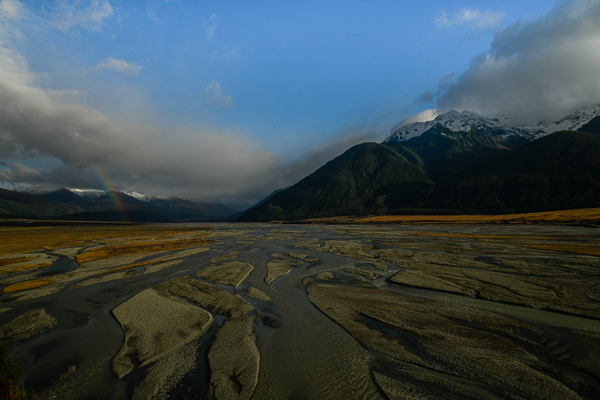 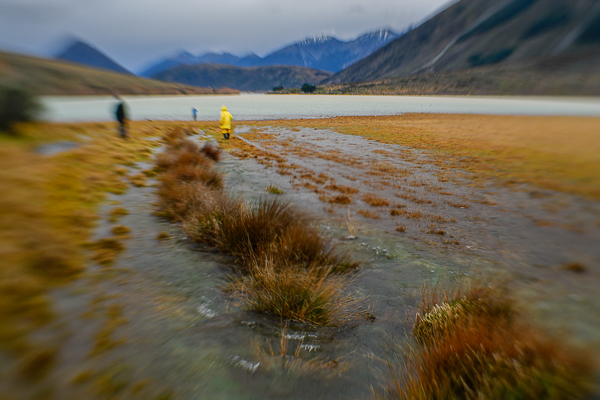 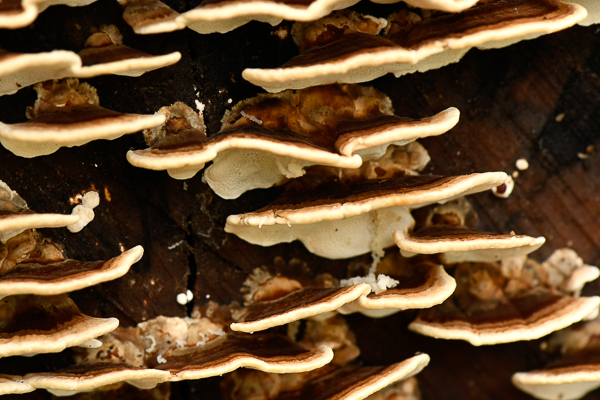