Hinewai Reserve started off as a 109 ha block of farmland bought by the Maurice White Native Forest Trust in September 1987 and is now 1230 ha of gorse and regenerating native bush.

Sunday the16th Oct was a stunning day for a photography trip lead by Remco. A group of 6 of us ventured out into the reserve following the West Track through Native Bush, Manuka stands and Beech Forest, as the day was particularly hot the shade from the trees was vey much appreciated. The tracks are well signed posted and Hugh’s hand carved wooden notices provided us with an in depth knowledge of the plant life and history of the reserve. A visit to the magnificent giant Totara Tree was well worth a viewing. Photographing Fuchsia, Ghost and Hinewai Waterfalls, magnificent trees, Fungi and beautiful scenery were the highlights.

Unbeknown to myself “The NPSNZ Hinewai Curse” is still alive and yes I became a victim. I slipped on a rock in a small stream heading into the Ghost Falls. I was very fortunate to be with an amazing kind and caring group of fellow photographers. Suffering a twisted ankle and with the support of a walking pole and members carrying my camera gear we made a detour and climbed out up the very steep East Track. It was also comforting to know that NPSNZ is such a well organised group that we had two PLB’s (Personal Locator Beacon) with us in case of an emergency, just thankful we didn’t need to activate one.

A well deserved refreshment break back at the top of the reserve was enjoyed by all and then off for another adventure. Time to check out Otanerito Bay at the end of Long Bay Road, for those who walked the 30 minutes out to the Bay I gather the soft late afternoon light made for some great images.

Many thanks to Remco for organising a great trip. 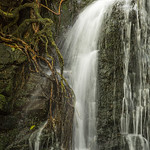 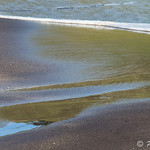 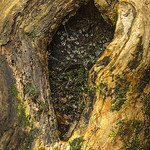 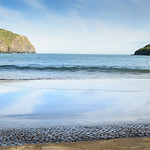 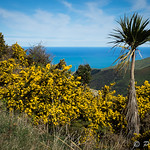