A group of 6 met at Caton Bay on Banks Peninsula and headed to Magnet Bay. The tide was low and it was possible to walk down to look at rock formations like steep volcanic cliffs, and a sea arch. There were interesting rock pools, with plenty of seaweed and driftwood. A Westland black petrel was flying off the coast, among endless streams of spotted shags heading for nearby roosts, and seals were resting on the rocks at both ends of the beach. We were lucky to spend enough time at the beach before the rain started, and we headed for Onawe.

At Onawe the light was good on the colourful rock formations, and the weather cleared. There were rocks to fossick among, and a blue crab was found, and birds – terns and shags – on the nearby wharf.

Then some made their way to the coffee shop, and some headed home. On the way we stopped at a pull off near Lake Ellesmere and photographed a very large flock of spoonbills.  A good day had by all, thanks to Sue for organising.

Report and Images by Maureen Pierre 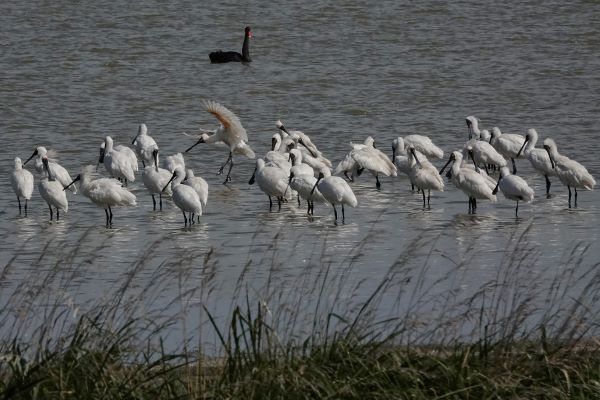 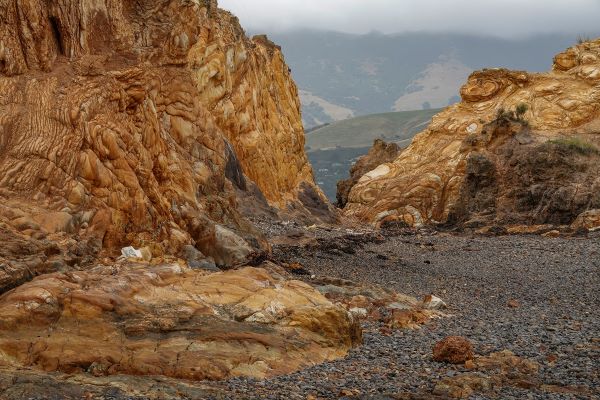 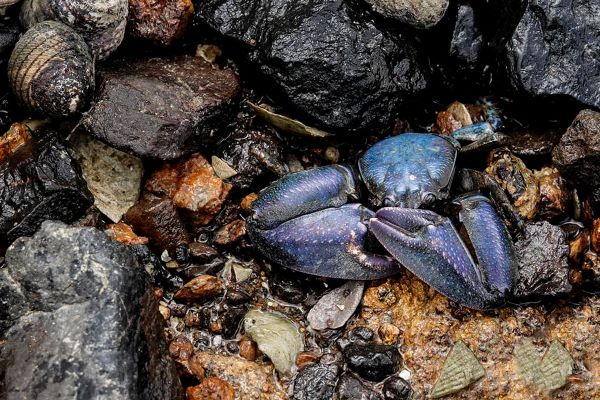 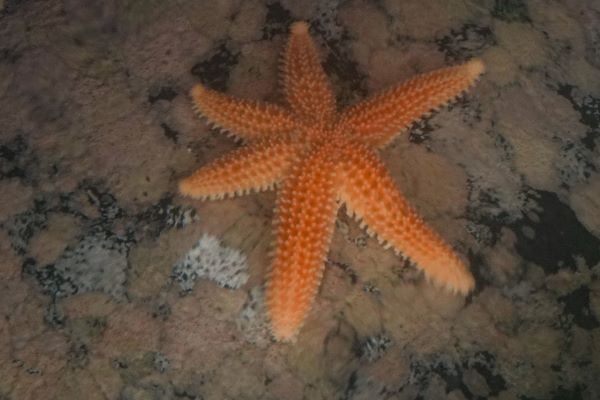