Others found a banded dotterel’s nest with eggs.

Friday’s weather was borderline but the decision to take up Steve and Heather’s offer to use their boat was a good one. So we were off to Motuara Island. On the way we saw Gannets, gulls, shags, shearwaters and a dolphin. We tied up at the wharf, disembarked and most of us conquered the summit and were rewarded with a wonderful 360 degree view from the tower. On the way up and down the track skinks of varying sizes, fantails, kaka, grey warbler, Sth Is. robin and wood pigeon were seen or heard. Also we found green-hood orchids and sun orchids I think. At the water hole saddlebacks, bellbirds, robins and wood pigeons were seen drinking and bathing. A robin decided to share and eventually take Sue’s sandwich.

Leaving the island we motored across to Ship Cove just as Captain Cook did in 1770. We found a monument and information boards to commemorate the event. Also a lovely beach with 2 pairs of oyster catchers nesting, and a weka feeding on a pipi. Maureen and Barry did the walk to the waterfall which was flowing well. Richard went for a swim. Back on the boat we made our way back to Picton seeing the same bird life and the salmon farm in steadily deteriorating weather. Many thanks Steve and Heather, everyone thoroughly enjoyed the outing. The decision not to visit Blumine Is the next day was made because the weather wasn’t playing ball.

We celebrated Barry’s birthday with potluck dinner and cake.

Saturday we visited Blenheim’s wetland areas at our leisure.

Wairau Bar. The Pilot House was an interesting historical building and shelter used during the random rain downpours which occurred during the morning. We saw shags, terns and gulls. Also the multi cultural workers from the vineyards who were having very good luck fishing off the breakwater.

Taylor Dam: This is a real gem, the pick of the bunch as far as I was concerned. My first time seeing dabchicks of which there were 4, and 3 coot families, 2 with 2 chicks and 1 with 3 chicks on the nest and being fed by both parents. They were of varying ages. Also seen were pukeko with chicks, black swans and cygnets, duck families, pied stilts, shags. Land birds were sparrows, finches, magpies and tuis and bellbirds feeding on the flax flowers.

We dined at the Bamboo Garden and the food was delivered by Bambam the robot waiter.

Sunday after overnight rain was very muggy. Travelling home each went their own route. We did the usual coastal route calling into Ohau Point for seals, shags and gulls and other bays for dotterels and pied stilts. Peter and Ann were going whale watching.

So thanks to Peter for organising the trip and to Steve and Heather for their time and use of their boat. A very enjoyable weekend, good variety of birdlife, great company and a good time. 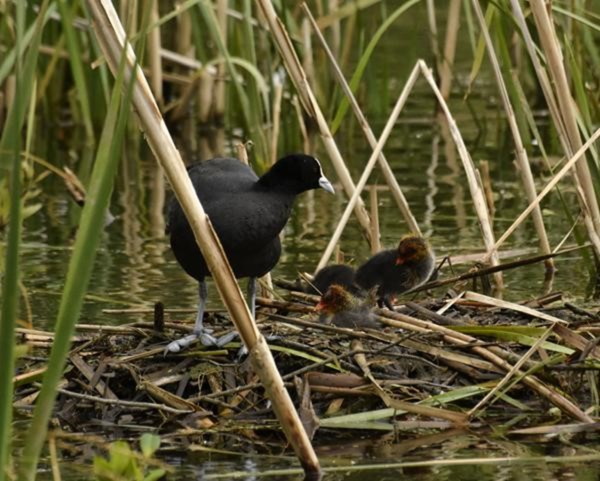 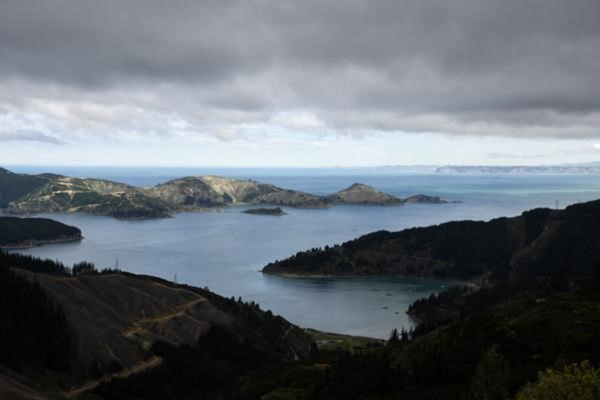