We arrived in sunny Blenheim ahead of the others with temperatures of 26 degrees. After setting up camp Irene decided on a quick dip in the pool which was on her list of things to do.
The setting at the Top 10 camp was most delightful, complete with early morning chorus of bird song to welcome the new day. It was a welcome contrast to the intermittent hum of heavy trucks and clatter of trains that seemed to concentrate during the predawn hours.
The first couple of days we scouted around the surrounding area for photo shoots if a plan C was necessary. Between shags, spoonbills and terns, and a sample of fish, good options were possible.
A get together on Friday evening under the BBQ canopy was a great icebreaker for the group to meet and greet each other with drinks and nibbles, and discuss the pending weather and its likely effect on the weekend’s plans. There was even a cake to help Barry celebrate his birthday.
Saturday morning there was moisture in the air, clouds threatening overhead, but we were optimistic saying it would clear and we decided ‘what the hell’ we should just go for it.
So in convoy we headed off towards Picton, the Wairau River was running bank to bank so different to the day before when we were fishing and watching nesting Terns. At Waikawa Marina we met up with our hosts Steve and Heather and headed out onto the water.
Progressively we motored in comfort out towards the head of the sound until the weather changed as forecast, and made conditions a little lumpy, so plan B was activated.
We motored into Furneaux Lodge for a coffee stop braving a downpour to walk up to the buildings. Over drinks it was agreed to abort our targeted trip and turn back into the sound and call into the wildlife sanctuary at Kaipupu and wander through the native bush and listen to the birds.
During the voyage we were entertained by swooping bird life, and shags preening on rock outcrops on islands we passed by. Then to add extra fizz to this stage of the journey we were accompanied by a pod of dolphins for a short period. A number of cameras were whirring around us.
The weather was winning the day but that didn’t deter the party from enjoying the walk around the sanctuary, sometimes a slippery experience while the birds called from high in the trees and bush.
Back on the boat it was time to snuggle down in the warm, Heather had hot drinks and date loaf which was welcomed by all. Steve was at the helm and all praise to him for manoeuvring the launch through lumpy water back to the mooring in Waikawa Bay.
It was back to camp for a couple of drinks and then out to dinner. Dinner that night was a highlight at the Bamboo Gardens restaurant where a selection of Asian dishes offered a superb taste feast complemented by lively discussions on a wide range of subjects.
Sunday morning dawned and most of the group chose to explore the mouth of the Wairau river, about 15 km from town. The river was running bank to bank but luckily a few shags and spoonbills lingered close enough for some superb photos.
Most of the group headed home that afternoon……we wished they had too at about 10 minutes past midnight as nature flexed her muscles in North Canterbury.
Monday morning was dry, we were the only remaining members of the group in Blenheim; there was an eerie silence, no trucks, or trains, intermittent power supply and a sense of shit what happened?
As news reports came in it was obvious that our plans to stop over in Kaikoura were out, so we decided to head for home. So we ended our expedition with a trip up the Wairau Valley to St Arnaud, then through Murchison and down the Buller to Reefton, past Moana and over Arthurs Pass to home. Thankfully uneventful.
Impressions: There is so much more to Blenheim than vineyards, even those were more extensive than we imagined. There is the rivers to fish, bird life to discover, extensive wetlands to explore and when you extend your visit out to the sounds there is much more that a gateway to the northern part of our country.
Our sincere thanks to Peter and Barry for putting together a great program for the weekend and to all the other group participants for sharing this with us.
To Peter and Barry; bring on the next attempt for the island we are starters.
Cheers
Trip Report by Irene & Dave 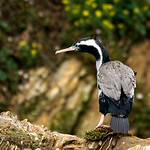 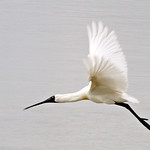 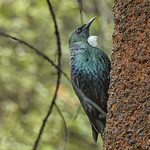