The trip to the base of the mountain was in grey, drizzly conditions so everyone had their fingers crossed that we would break through the low cloud on the way up. And we were in luck but of course that then meant that the light was extremely bright.

About half way up the ski field access road, we came across Rocky, who shot to fame as the huge boulder that smashed straight through a house at Rapaki when the earth shook in Feb 2011. His auction raised over $50,000 for the relief fund.

Once at the ski field we were given a general plan for the day and set off for a small knoll just above the buildings. From there, most people went up a bit further and then across the face of the slope, finding various alpine plants, insects, birds and skinks. The cloud showed no signs of breaking which put paid to views of the Plains.

After lunch, we started back down the hill to a large parking area with gentle slopes that provided many plants. Then on to just below the gate where with great excitement, our guide, Alan Jolliffe, found a patch of Leptinella Atrata, a black button-like daisy with a yellow rim. Several other plants were found nearby so we didn’t have to queue up for images. Just a few metres further down Alan pointed out a small gully with many Raoulia – vegetable sheep. By now we were in the cloud and our journey down became increasingly slow as the road vanished into the mist.

Some members visited the Awa Awa rata reserve with its colourful rhododendrons before heading for home.

Many thanks to our two guides – Alan Watson of Ashburton, who supplied the key that gave us access to the ski field and Alan Jolliffe, for his knowledge of where and what to look for.

A most enjoyable time was had by all. 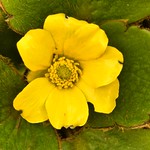 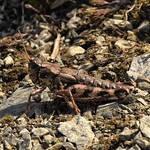 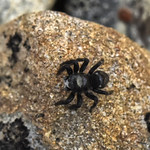 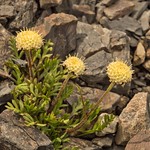 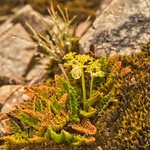