Quail Island is just a short ferry ride from Lyttelton and amongst other attributes is the largest island in Canterbury.  Eight members had a relaxing 5 hours exploring the island- its history, its land forms, its birdlife and the views aren’t too bad either.  Luckily in sunny, moderately warm conditions.

At this time of the year there is one only ferry service per day.  The outward trip was reasonably full with day trippers and a group booked into the 2 bedroom hut made available by DoC for public use. Given the network of moderate grade tracks around the circumference 5 hours was sufficient time for exploration.

Quail Island has an interesting history.  Apparently uninhabited by Maori, it was still visited to collect shellfish, birds eggs, flax and stone for tools.  Europeans farmed it from 1851 until 1875 when land was set aside for a quarantine station for animals and people and later a leper colony from 1906 to 1925.  Those from the mainland inflicted with diphtheria, smallpox and Spanish influenza were isolated here during the 1917-18 epidemic.

When Antarctic exploration was at its peak in 1901-1929 the island was used to quarantine and train dogs and ponies for the Scott and Shackleton’s expeditions.  The island was gazetted in the mid 1970’s as a recreation reserve.

Its history is documented in display boards in the renovated barracks at Whakamaru Beach, on sign boards around the island.  In a small bay on the western side several hulks were visible at mid tide at the ships graveyard.

Apart from its history the island has variable land forms of interest and natural history.  Steep cliffs on several sides add to the interest and bird life- white faced heron, oystercatchers, gulls, fantails etc. were spotted.  Overall – a gem of a place in easy reach of the mainland.

An enjoyable day out culminating in our usual coffee stop.  Our initial concerns about getting all day parking in central Lyttelton luckily didn’t turn out to be a problem.

My thanks to my fellow trippers for making this an enjoyable day out and hopefully some interesting photos were taken. 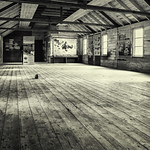 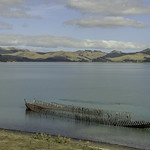 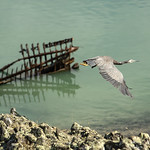 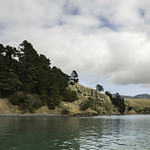 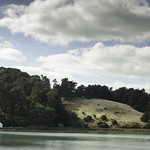