Bug nite at the Bellbird was a very pleasant evening. On arrival, the Webbs and friend were having a picnic tea in the carpark. After fossicking around the area I found a Skink under a rock, we heard Cicaidas, and finally found one on a small Cabbage Tree at a good height for photography. There were lots of Moths amongst the grasses too. We had lovely sunset colours. After dark we discovered spiders, beetles, small wetas and heard strange rustlings and noises in the undergrowth…different varieties of NPS members….The grande finale for some of us were the 2 large tree wetas which Yvonne and Judy found after they moved some foliage from the trunk of a tree.
On returning to the carpark we were offered the lovely sight of Lyttleton Harbour graced with moonlight and the lights of the port and surrounding bays. Thanks to Nick for orgainsing a very enjoyable evening. 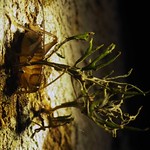 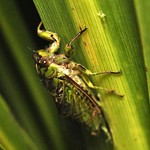 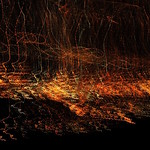 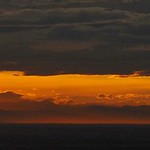 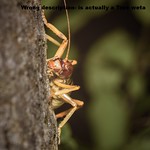