Trip Report by Judy and Eric

First of all, I wish to thank Kath on behalf of the group for all the organising and leading of this adventure.  Kath started a year ago and continued until the last week contacting DOC and asking questions. In the meantime Kath had us out walking so we were fit and able.

MASON BAY – The 4th Feb we met at the Invercargill airport to check in – this meant being weighed with our gear – up to 15kg in our Packs plus 7kg in hand luggage which was mainly food to be taken to our second hut by the other group to save carrying the food along the beach walk. There were 2 planes one for Mason Bay Hut and the other to Kilbride. We were divided into two groups and we walked down the beach after 3 nights,  swapping huts. The group that went to Kilbride first walked from Mason Bay Hut to Fresh Water Hut then by water taxi to Oban.

We stopped at Oban on the way to Mason Bay to pick up one more passenger. Landing 3km down the beach from  Mason Bay hut, we gathered up all the gear … and walked along the beach to the river then over some sand hills and along the track another 1.5 kms and were pleased to reach our destination, some stopping to eat the sandwiches bought in Invercargill, last bread for 6 days.  After a cuppa and a rest we went exploring.

On the 7th we had an early lunch then started the 11 kms walk up Mason Bay or was it down! to Kilbride. The wind tried to blow us back, we experienced 4 seasons during that walk from hot sun to biting hail. One third of the way we met the other group (who had started out earlier so they didn’t experience the hail like us.) where we were able to swap notes. We stayed at Kilbride for 3 nights before being flown out to Oban late afternoon.

·     History of the farming and early settlers

OBAN  We were met by David and walked a block to the back packers.  Here we were given our very small pack of clothing that Kath had arranged to be taken to Oban by boat. Clean clothes and battery chargers!  After settling in we went to the Hotel for dinner – most ordered blue cod. After a good night’s rest in sheets we had a relaxing morning then were joined by Margaret, and Sonja’s cousin who arrived at noon by boat. Cod once more for lunch and then the 2nd group arrived – all together again.  Dinner at the hotel – cod again so fresh and what big pieces.

Over the next few days there were many activities

HIGHLIGHTS FROM OBAN
·     Ulva Island A day trip, so many different native birds

·     A boat trip to see all the different Albatrosses

Home back to the mainland by ferry at 8am on the 16t,h a smooth crossing.  Great adventure all round. 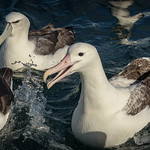 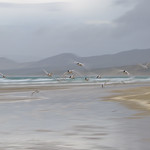 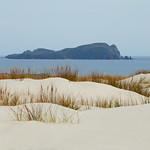 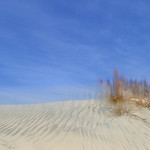 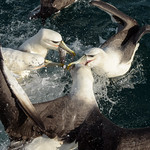