We set off about 9am for what was to be a very long, but interesting, drive to Te Anau through the centre of the South Island.  Our team leader, Kath, did us proud with the accommodation, 10 of us in one house and 4 in another.  It was a very warm comfortable house with everything you could possibly need at your fingertips.

On the Friday we went out on a boat on Lake Te Anau, with our Captain, Peter regaling us with lots of information and stories of the area.  We motored across and into South Fiord where we were excited to see a NZ falcon landing on a nearby cliff.  We disembarked and walked through the luxuriant bush to Hidden Lakes which had stunning reflections.  On returning to the boat we cruised along the perimeter of the fiord seeing interesting rock formations and many waterfalls. Later in the afternoon some of us visited the Te Anau Bird Sanctuary where we found many birds which we could easily photograph including the endangered Takahē.

On Saturday we all explored the Milford Road in our own time.  Barry, Rod, Geoff and I went straight to Milford Sound where the weather was perfect showing Mitre Peak and the surroundings in all its glory.  On the way back, we drove down the Hollyford Valley to Hollyford (Gunn’s) Camp. This was a nostalgic trip for me as I had been in the area on a holiday from Australia in 1967!

On Sunday we spread out a bit more.  We drove south via Manapouri, seeing the Clifden suspension bridge finishing in Tuatapere before returning the same way.  Others returned to some of the 15 stops on the Milford road they had missed the day before.

As usual the field trip was a lot of fun.  The two potluck dinners were up to the usual standard and we enjoyed a night out on the town.  Kath’s organisation was ‘seamless’, the company was great and a good time was had by all. 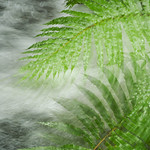 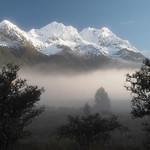 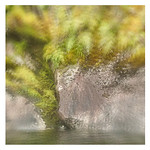 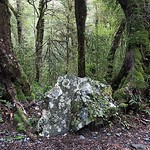 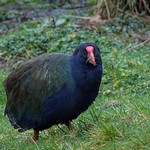