Wow what a trip!

Huge thanks to Elizabeth for organising this wonderful trip. It was obvious that a lot of thinking and work was involved in getting accommodation, food and transport organised for us so as to maximise the time spent on the island. And as a huge bonus the weather was perfect.

The first day we all gradually gathered at the Red Beach Top10 Motor Camp. Some came by car, some by plane, arriving by bus or Uber. Great accommodation, clean, quiet and convenient, with very helpful staff. Those who were there the first afternoon were lucky enough to have a trip to Muriwai to see the gannets, and some who had arrived even earlier went to Western Springs with Simon Runting.  And for dinner a local Thai place managed to find a table for 12 on a very busy night.

Next morning after loading a lot of food and luggage, there was a boat trip out to the island, spotting shearwaters and terns on the way.

We were welcomed onto the island by Kata the DoC ranger, and our luggage taken up, while we had our first walk up the Wattle Track – which was to become very familiar over coming days.

Over the next three days every corner of the island was explored, and many many photos taken of the wonderful bird life. Bellbirds, robins and tuis everywhere, with North Island saddlebacks, takahe, pukeko – both with chicks , wood pigeon (kereru)  kingfisher, swallows,  parakeets, brown quail, hihi and whiteheads as well. There were nesting black backed gulls, and variable oystercatchers. The bird everyone wanted to see was the kokako or grey ghost, and by the end of the trip all had seen it and most had photographed it. It appeared and disappeared without a sound and the experience was exciting for everyone.

Other more secretive birds were also spotted – morepork, penguin, marsh crake, brown teal and even kiwi were seen by some in the group. The gannets flew up the coast, and there were pied shags roosting. The island is also home to tuatara, and giant weta.

The boat arrived on our last day, and while it was hard to leave such a beautiful spot, I’m sure we all have many images to remember our time spent there.

As a final treat, in the (very) early morning of the last day of the trip a visit had been organised to Shakespeare Regional Park. There is a predator proof fence fencing off the tip of the peninsula, with bush, beaches and tracks.

We were met by some very enthusiastic locals Carolyn had been in contact with, and they showed us around an area they obviously love. There were New Zealand dotterels on the beach with chicks, nesting oystercatchers, and in the lagoon behind the beach banded rails and pied stilts, both with chicks, and rosellas and other introduced birds.

It was a great end to a great trip. Many thanks to all the group for all the help, company, humour, and thoughtfulness, and most of all to Elizabeth for the groundwork that made the trip such a success. 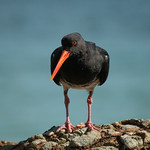 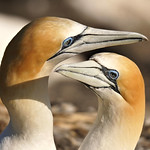 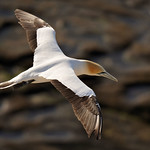 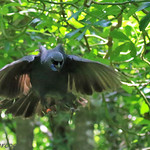 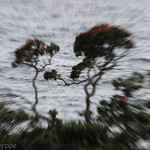