Journey in the Southern Ocean 2018 – Adventure of a Lifetime

I view it as a privilege to have spent 3 weeks travelling to some of the most fascinating places in the Southern Ocean with a group of like-minded travellers. Starting from Ushuaia in Argentina we sailed in a small cruise ship equipped for polar travel to the Falkland Islands, home to a rich variety of birdlife & marine mammals and human settlement, then onto South Georgia – perhaps the worlds foremost wildlife sanctuary in a polar region yet the scene of past human endeavour in a harsh environment and then to South Orkney and Antarctica itself.  Deception Island in the South Shetlands was briefly visited on route back to Ushuaia. 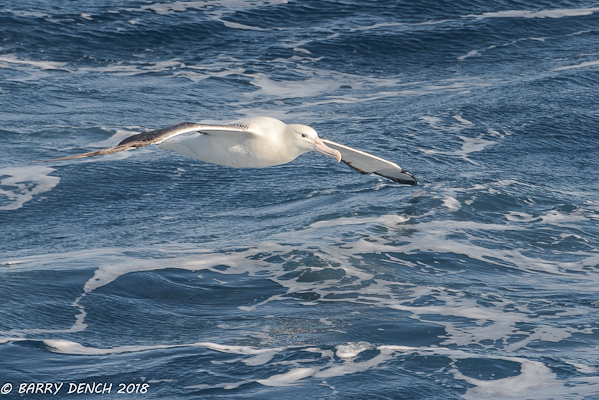 The Wandering Albatross is the giant of the seabirds in the region with a wingspan of 270 – 325 cm. Has circumpolar breeding distribution, with main populations at four island groups- South Georgia, Crozet, Kerguelen and Prince Edward Islands. A majestic bird of such grace and a delight to see at sea and at their nesting sites 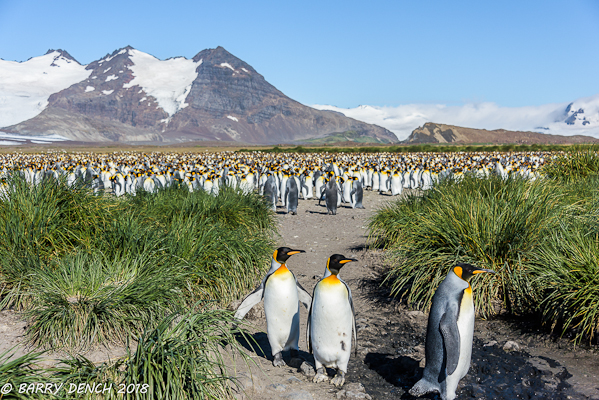 These are the 2nd largest of the penguins with major breeding populations at South Georgia and five other Sub-Antarctic Islands. Approx. 60,000 pairs in this colony out of 450,000 pairs on South Georgia. A magnificent bird with behavioural traits a delight to watch and photograph. Highly inquisitive and will approach to within a metre or so. Diet mainly lanternfish and squid. 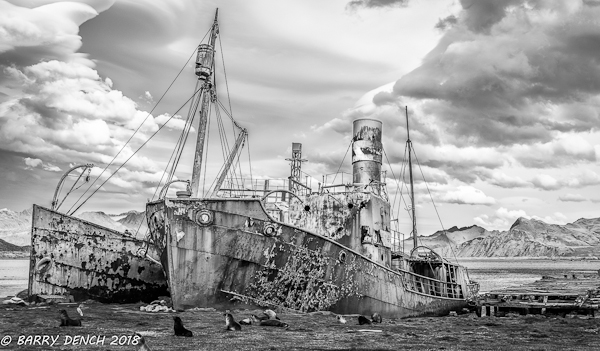 These hulks are a relic of the major whaling industry that operated on South Georgia 1904 to 1966. During that time 175,250 whales were processed at the several whaling stations on the island. These ships had also been used for sealing. 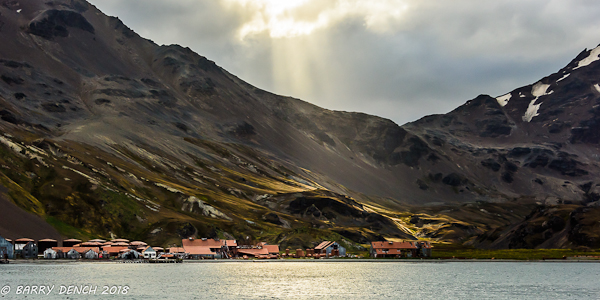 Stromness was one of the former whaling stations on South Georgia albeit in a derelict state. Apart from its historic nature, it’s where in 1916 polar explorer Ernest Shackleton and companions ended their epic winter journey from Elephant Island. From here Shackleton led the successful mission to rescue his men. 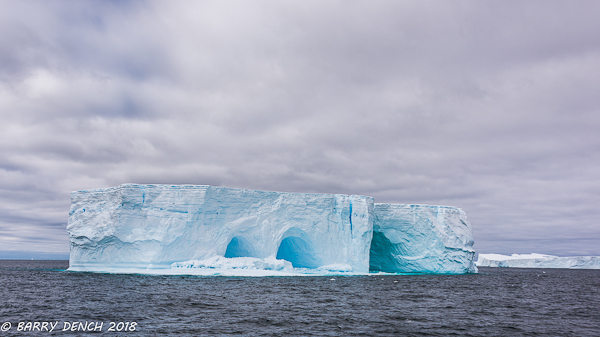 Large icebergs were seen in abundance in the Weddell Sea starting a day’s sailing from South Georgia and along the Antarctic Peninsula coast. This image was taken off the coast of South Orkney. 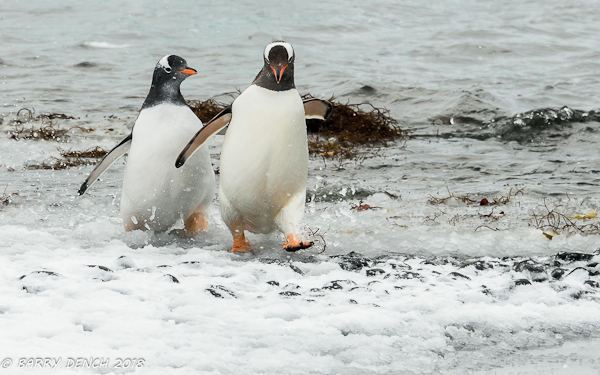 Gentoo penguins. Chasing is often seen and will result in the chick being fed

Gentoos are 75-90 cm tall. Chick is chasing its parent as part of the feeding process. Seen from the Falkland Islands to South Georgia and in the Antarctic Peninsula. Diet is fish and crustaceans. They are a delight to watch and will approach right up to you. 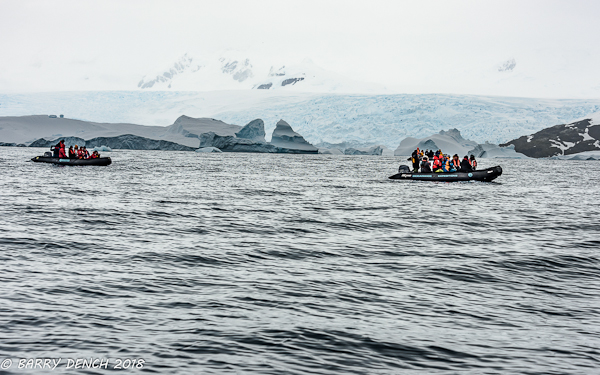 Apart from days when translocating, we usually had two onshore visits per day or a zodiac cruise.  Here we are cruising amongst icebergs, iceflows and brash ice at Cierva Cove at 64 degrees Sth and -1 temperature. Humpback whales, Leopold seal, Weddell seals and porpoising Gentoo penguins added to another memorable day in the polar paradise. 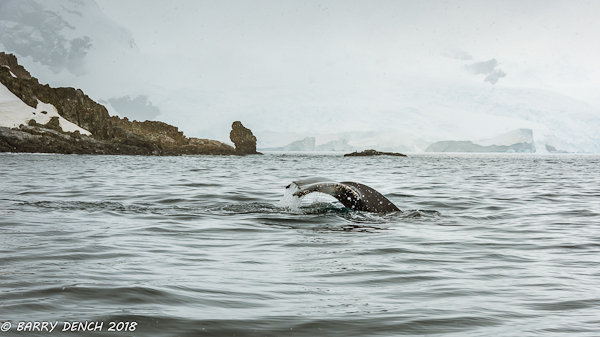 Humpbacks were the most frequently seen whales in the Southern Ocean, this one at close range while zodiac cruising at Cierva Cove.  Approx. 11-19 m 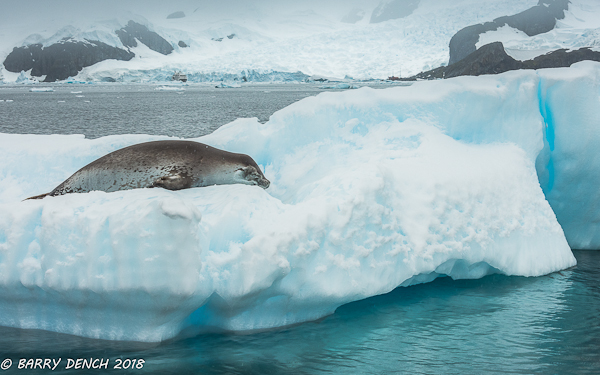 Weddell seals weigh 400-600 kg and are found further south than any other wild mammal. A docile species that often remains asleep or rolls on its side or raises a flipper when approached. Another of the wildlife species we were able to see in their natural environment. 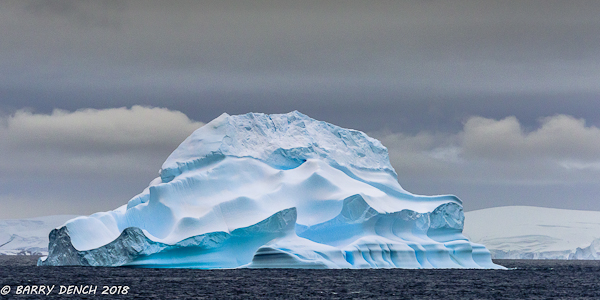 Battered by storms and slowly melting. Sea temperature in late summer was -1 degree , just above – 1.8 the freezing point for sea water. With their variable sizes and shapes, a photographers delight.